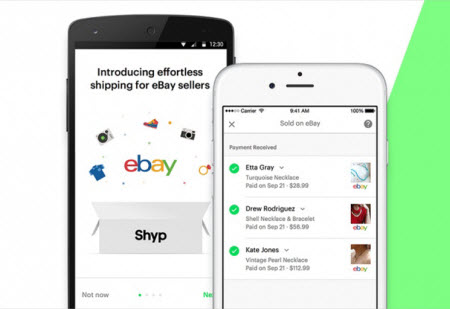 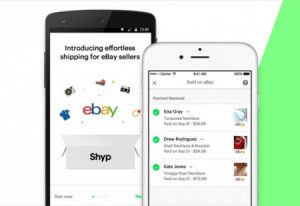 Shipping service Shyp ceased operations on Tuesday, blaming its demise on its continued focus on consumers until late in the game when it expanded to servicing small businesses. Shyp CEO Kevin Gibbon wrote that the company’s partnership with eBay was not enough to save Shyp.

Shyp launched in 2014, and Gibbon said he ignored signs that chasing consumers was the wrong strategy – “After all, how often do consumers ship things,” he asked in hindsight.

In March of 2016, Shyp expanded its focus and integrated with eBay, but seven months later in October, the company realized sellers didn’t want to pay for a company to package their goods, conceding that after meeting with online marketplace sellers and businesses, it learned packing items was not the major challenge in order fulfillment.

Gibbon beats himself up a bit in his post about Shyp’s demise, but one has to ask why eBay didn’t recognize its sellers were not clamoring to pay extra fees to outsource the packing of their items. And it was no secret that eBay sellers already had a wide range of services to help with shipping – including eBay itself.

In EcommerceBytes 411’s coverage of Shyp’s October 2016 pivot from package-and-shipper to shipping-label service, we cited rivals who pointed out that Shyp had very limited features when it came to shipping software and only integrated with eBay. While it helped eBay sellers compare shipping rates, it didn’t include all classes of mail and didn’t include all of the discounts that shipping carriers provided to merchants.

In other words, Shyp pivoted to a business model with an offering that was at least initially inferior to established services.

A month later, Shyp integrated with ecommerce platform Shopify. It was still calling itself “the leading provider of parcel pickup, packaging, and shipping for small to medium businesses.” However, its services were still only available to merchants in San Francisco, New York City, Chicago and Los Angeles.

In April 2017, we interviewed Shyp CEO Kevin Gibbon for the April 17, 2017 issue of 411. One of the questions we asked Gibbon: “It’s easy to see how this might be attractive to casual sellers of higher value items. What makes this attractive to more serious sellers and online merchants?”

“At Shyp, we are experts at packaging and shipping so our customers don’t need to be. We know that we can ship better, faster and most importantly, cheaper than even a larger business. The Shyp service is particularly useful if you’re shipping a variety of items, if those items are heavy or uniquely shaped and fragile. That is our specialty but we also have many lightweight and smaller ecommerce sellers using Shyp.

“We also support many single sku bulk shippers, particularly on platforms like Kickstarter.

“We continually innovate on packaging materials, quality and cost to support customers of all size and across a broad selection of product types.

“On the shipping side, we have partnerships with major as well as more specialized carriers that many businesses don’t have access to, and because of those carrier partnerships, we can optimize every unique order.

“We’re able to eliminate unnecessary costs and also free-up ecommerce shop owners to have the time to focus on what they do best – grow their business.”

Sadly, a year later, the following message greets visitors to the Shyp homepage: “Thank you. As of Tuesday, March 27, 2018, Shyp is no longer in operation. All existing shipments have been processed for delivery. Thank you to the hundreds of thousands of you who joined us on this journey.” And it links to Gibbon’s post on LinkedIn for more information.

Shyp’s demise wasn’t as much of a surprise as it might have been, since the company had scaled back to just one location in July 2017, stating at the time that among the lessons it had learned: “We would have built profitability in from the beginning. And shifted to serve business customers sooner.”