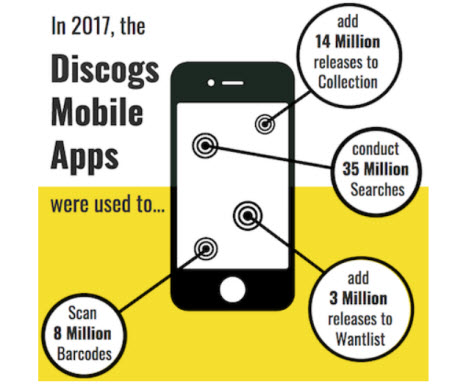 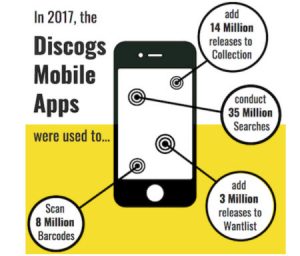 A popular niche marketplace for music lovers announced it has gone mobile. Discogs announced it is adding commerce capabilities to its Android app this week. The company explained it had first released the official Discogs app as a tool for Collection and Wantlist management, but immediately heard from Discogs users that they wanted a full marketplace integration.

The ecommerce-enabled app will be available in the Google Play app store on Wednesday, January 17, 2018. Buyers will be able to view Marketplace listings from multiple viewpoints as well as standard features like ‘Add To Cart,’ ‘Paypal Checkout,’ and ‘Contact Support.’

Sellers will be able to manage orders, offers, and inventory through this Andriod update as well giving them the ability to update order statuses, invoicing, and other foundational seller functions only available through the Discogs Desktop previously.

Over the course of 2017, Discogs app users scanned over 8 Million barcodes, added 3 Million releases to Wantlists, added 14 Million releases to Collections, and conducted 35 Million searches via both Android and iOS versions. All of this while downloads increased by over 240% and overall sessions eclipsed 34 Million.

Discogs is the user-built database of music with a catalog of more than 9,250,000 recordings and 5,000,000 artists. It boasts thousands of sellers and over 37 million items available. The company also launched other catalogs/marketplaces in 2017:Gearogs, Filmogs, Bookogs, Comicogs, and Posterogs.