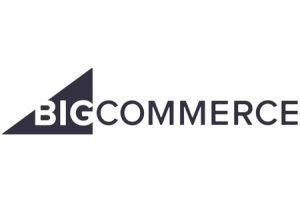 Merchants using ecommerce platform BigCommerce grew same-store sales 21 percent over the Thanksgiving holiday weekend compared to last year – thanks in great part to its mobile-friendly features. BigCommerce said mobile accounted for 49 percent of sales, though it noted that on Cyber Monday, 57 percent of orders were made on desktop devices, likely due to the fact many people returned to work after the four-day weekend.

BigCommerce’s Jimmy Duvall said merchants of every size in all categories saw a fast start to the holiday selling season, even as Amazon and other industry heavyweights expand into new markets and categories.

“BigCommerce merchants of all sizes and in every category are seeing a fast start to the holiday selling season,” said Jimmy Duvall, chief product officer for BigCommerce. “The significant increase in same-store sales this year further highlights that small and mid-sized retailers continue to thrive, even as Amazon and other industry heavyweights expand into new markets and categories. We fully expect this to be the biggest and most successful online selling season in history, and look forward to providing our merchants the tools necessary to maximize sales.”

Mobile, which accounted for 49 percent of sales, reigned as the primary purchase device throughout the majority of Cyber Week, the notable exception being Cyber Monday during which 57 percent of orders were made on desktop devices. Average order value (AOV) on mobile devices reached $84.05 this year, a 17 percent increase from 2016. Similarly, tablet AOV grew by 29 percent to $105.68, while desktop AOV saw a slight decline YoY.

Thanksgiving Day saw the highest YoY increase in overall GMV; however, Cyber Monday remained the most popular day for making purchases over the five-day period.

Consumers in California, Texas, Florida, New York and Pennsylvania made the most purchases for the second consecutive year

Additional Cyber Week sales data, including category-specific insights, device trends and purchase activity by region can be found on the BigCommerce blog.

Methodology
BigCommerce’s Cyber Week data is based on a comparison of same-store sales that occurred between November 24-28, 2016 and November 23-27, 2017 and represents tens of thousands of small and midsized retailers selling on the BigCommerce platform.