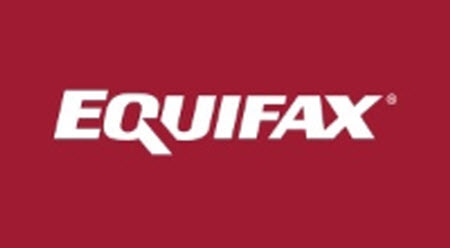 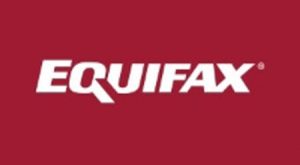 Cyber criminals hacked into Equifax between May and July, the company discovered on July 29th, impacting approximately 143 million U.S. consumers. The company revealed the security breach on Thursday, explaining the criminals accessed “certain files” that included sensitive data such as names, Social Security numbers, birth dates, addresses and, in some instances, driver’s license numbers. In addition, some consumers’ credit card numbers were accessed.

As part of its investigation of this application vulnerability, Equifax also identified unauthorized access to limited personal information for certain UK and Canadian residents. Equifax will work with UK and Canadian regulators to determine appropriate next steps. The company has found no evidence that personal information of consumers in any other country has been impacted.

Equifax discovered the unauthorized access on July 29 of this year and acted immediately to stop the intrusion. The company promptly engaged a leading, independent cybersecurity firm that has been conducting a comprehensive forensic review to determine the scope of the intrusion, including the specific data impacted. Equifax also reported the criminal access to law enforcement and continues to work with authorities. While the company’s investigation is substantially complete, it remains ongoing and is expected to be completed in the coming weeks.

“This is clearly a disappointing event for our company, and one that strikes at the heart of who we are and what we do. I apologize to consumers and our business customers for the concern and frustration this causes,” said Chairman and Chief Executive Officer, Richard F. Smith. “We pride ourselves on being a leader in managing and protecting data, and we are conducting a thorough review of our overall security operations. We also are focused on consumer protection and have developed a comprehensive portfolio of services to support all U.S. consumers, regardless of whether they were impacted by this incident.”

Equifax has established a dedicated website, www.equifaxsecurity2017.com, to help consumers determine if their information has been potentially impacted and to sign up for credit file monitoring and identity theft protection. The offering, called TrustedID Premier, includes 3-Bureau credit monitoring of Equifax, Experian and TransUnion credit reports; copies of Equifax credit reports; the ability to lock and unlock Equifax credit reports; identity theft insurance; and Internet scanning for Social Security numbers – all complimentary to U.S. consumers for one year.

The website also provides additional information on steps consumers can take to protect their personal information. Equifax recommends that consumers with additional questions visit www.equifaxsecurity2017.comor contact a dedicated call center at 866-447-7559, which the company set up to assist consumers. The call center is open every day (including weekends) from 7:00 a.m. – 1:00 a.m. Eastern time.

In addition to the website, Equifax will send direct mail notices to consumers whose credit card numbers or dispute documents with personal identifying information were impacted. Equifax also is in the process of contacting U.S. state and federal regulators and has sent written notifications to all U.S. state attorneys general, which includes Equifax contact information for regulator inquiries.

Equifax has engaged a leading, independent cybersecurity firm to conduct an assessment and provide recommendations on steps that can be taken to help prevent this type of incident from happening again.

CEO Smith said, “I’ve told our entire team that our goal can’t be simply to fix the problem and move on. Confronting cybersecurity risks is a daily fight. While we’ve made significant investments in data security, we recognize we must do more. And we will.”

About Equifax
Equifax is a global information solutions company that uses trusted unique data, innovative analytics, technology and industry expertise to power organizations and individuals around the world by transforming knowledge into insights that help make more informed business and personal decisions.

Headquartered in Atlanta, Ga., Equifax operates or has investments in 24 countries in North America, Central and South America, Europe and the Asia Pacific region. It is a member of Standard & Poor’s (S&P) 500 Index, and its common stock is traded on the New York Stock Exchange (NYSE) under the symbol EFX. Equifax employs approximately 9,900 employees worldwide.