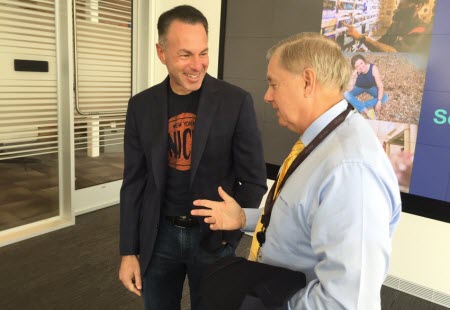 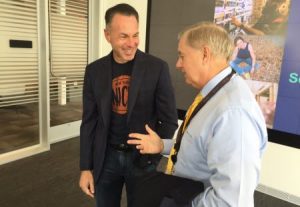 It’s no secret eBay lobbies Congress on matters such as online sales tax and global trade issues, and the company recently hosted Senator Lindsey Graham at its headquarters in California. The Senator met with CEO Devin Wenig and the head of eBay’s government relations department to discuss those issues.

Recently US Senator Lindsey Graham (R-SC) visited eBay headquarters in San Jose, California. The Senator met with senior members of the eBay executive team, including eBay CEO Devin Wenig and VP of Government Relations Cathy Foster. On behalf of our customers, Devin discussed a variety of very important ecommerce policy issues with Senator Graham, including Internet sales tax and raising customs de minimis levels (the value below which goods can be shipped into a country free of duties and tax assessments) as part of upcoming NAFTA negotiations with Canada and Mexico.

eBay would like to thank the Senator for taking the time to visit us, the great dialogue and his continued leadership in the Senate on issues of importance to eBay and our customers!