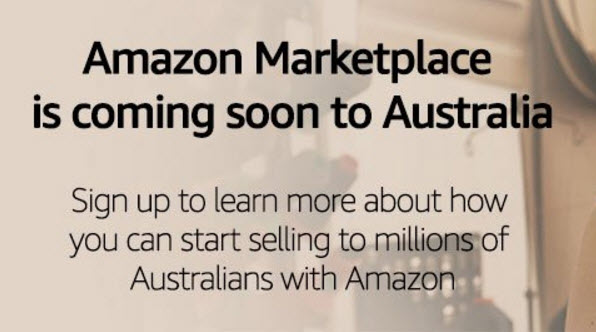 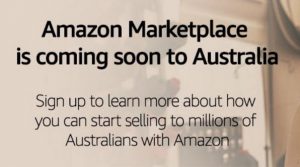 Amazon is launching its first fulfillment center in Australia, making the announcement in advance of its retail launch. That’s right – though it may be hard to believe (unless you remember our reporting in January), shoppers in Australia can currently only purchase digital goods from the ecommerce giant on Amazon.com.au. The homepage sports a message reading: “Amazon Marketplace is coming soon to Australia,” and it’s expected to open next month.

Amazon today announced that it will create hundreds of new jobs with the opening of its first Australian fulfilment centre in Dandenong South. Amazon will begin recruiting immediately for a range of roles, including operations managers, pickers, packers, systems technicians, and HR specialists.

Amazon recently announced its intention to bring a retail offering to Australia and the opening of this 24,000 square metre fulfilment centre is an integral early step in the move towards that goal.

“We are thrilled to be creating hundreds of new roles in Dandenong South,” said Robert Bruce, Amazon’s Director of Operations for Australia. “This is just the start. Over time, we will bring thousands of new jobs to Australia and millions of dollars of investment as well as opening up the opportunity for thousands of Australian businesses to sell at home and abroad through Amazon Marketplace.”

The new centre is located in the Pellicano’s M2 Industry Park in Dandenong South, providing easy access to the South Gippsland Highway, Monash Highway and Eastlink. The building is also in close proximity to a wide range of amenities for employees. The lease of the centre was facilitated by CBRE’s Industrial & Logistics business.

“This new fulfilment centre will stock hundreds of thousands of products which will be available for delivery to customers across Australia when we launch our retail offering,” said Robert Bruce. “We will be focusing on offering our Australian customers low prices on a great selection of products and can’t wait to get started.”

“Amazon is the latest global company to choose Victoria for its Australian operations,” said Wade Noonan, Industry Minister for Victoria. “The company’s decision to locate its centre in Dandenong South will create hundreds of local jobs and open up retail opportunities for thousands of local businesses.”

Amazon Web Services launched an Australian region in 2012 and Amazon launched a Kindle Store on Amazon.com.au in 2013. Amazon has almost 1,000 employees in Australia at this time.

People interested in applying for jobs at Amazon should visit www.amazon.jobs.