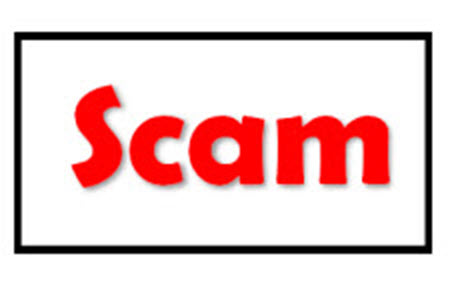 Sellers of all sizes deal with rivals copying their products and listings, but on Friday, a large merchant discovered someone had begun selling goods using his well-established store brand. Remarkably, credit card companies were processing payments on behalf of the copycat operator from buyers who then reached out to the real brand when they never received their orders.

We wrote about the case on Friday in, “Armed with a Hyphen, Pirate Hijacks Merchant’s Store Brand.” The copycat website used the merchant’s domain with one change (adding a hypen) and his logo.

After the merchant, a longtime reader of EcommerceBytes, contacted us on Friday afternoon, we reached out to Signifyd, which provides services to help retailers reduce the risks of fraud and consumer abuse.

Despite it being the Thanksgiving weekend, Michael Pezely, Signifyd Director of Risk Intelligence, got back to us on Saturday morning.

“Although the creation of copycat sites isn’t a direct monetary issue for a merchant, it does have the potential to cause severe reputational damage to the brand,” Pezely said. “And it is extremely frustrating from a merchant’s perspective.”

In the case of the reader who reached out to us yesterday, that was clear. He was getting calls from “non-customers” looking for help – and as we noted in yesterday’s post, he will likely incur legal fees since he reached out to his attorney for help.

Signifyd’s Pezely offered the following information for merchants who have yet to experience such a case and to those who find themselves facing the dilemma.

The first step in protecting the brand from such damage, of course, is knowing that such sites exist. There are a few ways to do this:

Once you identify one of these copycat sites, you have a couple of options to try and get them taken down. The first step is pretty easy and somewhat effective: Report the URL to Google Safe Browsing. This report is for identifying phishing sites, and that’s usually just what a copycat site is.

This is pretty effective and can take effect pretty quickly. Once the site is reported (you might want to have a few people report the fake site) any user attempting to open the URL will get the Google Safe Browsing warning which makes it very difficult to get to the page. Note that this only works in Chrome.

The next step is to identify who is hosting the site. Once you identify the host, you will need to send a legal takedown notice. Depending on the host, this can take anywhere from a few hours to a couple of days. You can also use a third-party service for this, but I found that once you have a good template together, you can do this yourself pretty effectively.

Additionally, If the fake site is accepting PayPal you can also direct a message to phishing@paypal.com

One more step: If you find copycats through social media-based ads, you can also report that to the platform to get them taken down. Here is an example of how to report this to Instagram, for instance.

What about the equally distressing case of marketplace sellers who find someone copying their intellectual property? Etsy offers advice to sellers in, “I Think I’ve Been Copied. Now What?” on the Etsy Seller Handbook, where it writes in part: “When you’ve poured your heart into a creation, painstakingly written a description and carefully edited listing photographs, seeing similar or identical content can be upsetting. If you see what you think is a “copycat” on Etsy, what can you do?”

Feel free to share your experiences and tips on how to deal with scammers and copycatters.