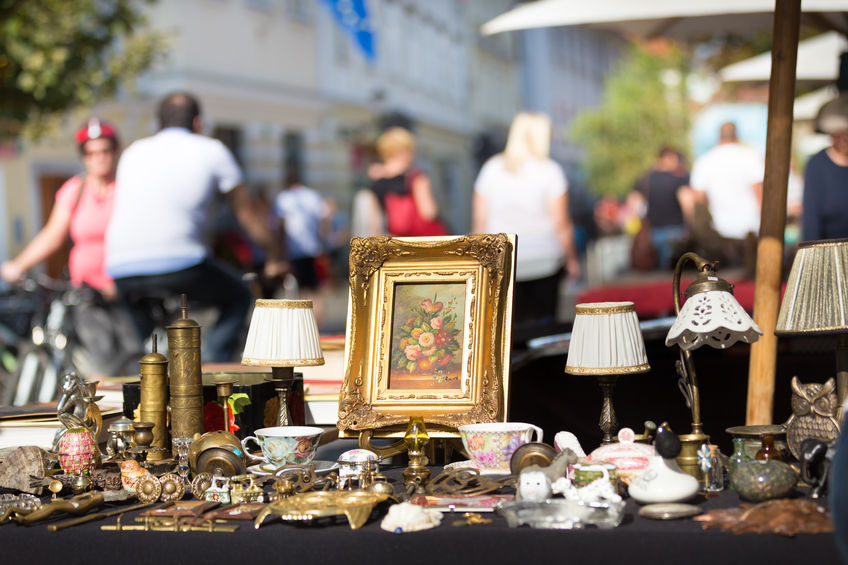 I’ve been a reseller for nearly all of my adult life, and I’m always asked by my family and friends which website would be the best to sell their vintage and or collectible items. For most of the past 20 plus years I would have just said “Well, eBay of course”, but that has changed in the past few years as more and more platforms have sprung up, offering far more options to sell your belongings online than ever before.

Depending on what you are trying to sell, there may be not just one but numerous websites available, giving a potential reseller options that weren’t available just a couple years ago. Even more opportunities exist in varied niche markets which now offer their own specialized websites that only sell very specific items, such as Discogs.com for records, or Delcampe.net for postage stamps. These days it would be nearly impossible to answer that same question without knowing what someone wanted to sell.

If you wanted to sell vintage paper and postcards, for example, you have many options such as eBay, Etsy, Hippostcards, Rubylane, and one most people wouldn’t think of – Amazon. Believe it or not, Amazon has a thriving collectibles market with many categories including advertising, political, historical, and entertainment, just to name a few. But you need to keep in mind that each site has its own advantages and disadvantages. No two sites are alike in both customers, and traffic, so you should choose wisely.

Just like in the brick-and-mortar world of retail America, location is everything. Choosing the wrong site could cost you not just time, but money as well.

One of the most important factors in choosing a site to sell on is the amount of traffic it attracts. If you want the chance of selling your items for the highest return on your investment possible, then you want it to be seen by the largest amount of people possible.

In the United States, Amazon ranks number one, with eBay taking second place in overall traffic, and volume in the reseller field. This makes them the top two choices for many people to sell a vast array of their items. Though traffic is a key factor, you must also consider other factors, such as the amount of the overall site traffic that would be interested in your specific items or wares.

If you are trying to sell a vintage postcard, you wouldn’t want to list them on Poshmark, which is a fairly well known and growing site offering mostly clothing.

Mercari, which is another reselling platform with a steady following, would also be impractical, since there wouldn’t be enough site traffic for a vintage postcard to warrant listing it on the platform.

Overall eBay would rank first choice for most postcard resellers. The second and third choices are bit tougher to decide on, which would keenly depend on the specific types of postcards you are selling. There are many large sellers on Amazon with tens of thousands of postcards up for sale at any given time, who do very well on this platform. Still other resellers find Etsy or Hippostcards to be their second-best choice. For many others, including my business, we cross list the very same postcards on all four sites to maximize our sales through a third-party application. Keep in mind that this option can cost you separate listing fees for each site you list on, so choose this option wisely.

For other items such as vintage records, which are an area we are heavily invested in, there are three main choices for most people: Amazon, Discogs, and eBay. Records, however, are a unique area since there are many formats and genres of music available.

Choosing the right site may also come down to the quantity of items you have to sell. While it may not be necessary for most resellers to branch out to multiple sites, those with large amounts of inventory may do better doing so.

For those with limited amounts of inventory, they may be best suited to list on just one site, such as eBay or Amazon.

The amount of time it takes to learn the rules and how a specific site works may make the financial returns not worth their effort, for those smaller sellers. If you only have a handful of records to sell, it would be a waste of time and money trying to learn Discogs, or even Amazon, for the casual or part-time reseller. But full-time record sellers will do far better knowing the ins and outs of each site, and using them accordingly.

One more option for those truly scarce and valuable items would be to send them off to an independent auction house, such as Christie’s, Heritage, or Sotheby’s. Heritage Auctions prides itself on being the “World’s Largest Collectibles Auctioneer,” and we have found their service to be impeccable. We have never been disappointed with them.

Christie’s and Sotheby’s are very highly rated also, but we haven’t personally used them ourselves. At the end of the day, eBay may still be the simplest and most practical site for those wanting to sell vintage and collectible items. It offers the widest range of vintage and collectible categories, including most specialized niche markets. But by no means should it be considered the only choice on which to sell.

6 thoughts on “Where Is the Best Place to Sell Vintage and Collectibles?”