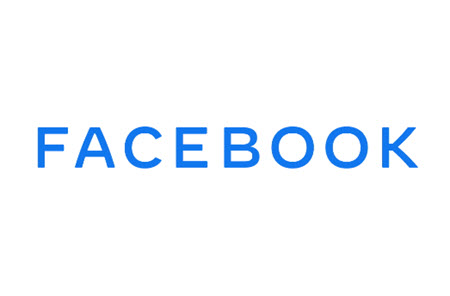 As sellers head into the holiday season and eye adding a social component to their operations, Facebook wants the ecommerce world to know that it is open for business.

There are several channels on Facebook that support ecommerce, but the social network is promoting its latest — Shops — as the destination for sellers who want to set up a full-scale digital storefront that can benefit from Facebook’s massive audience and ad platform.

That rollout, long in the works, took on a sudden urgency amid the economic shutdown that came in response to the coronavirus pandemic, according to Rich Rao, Vice President of Facebook’s Small Business Group.

“We were already working on Shops and ecommerce generally, and with the pandemic we saw the need and accelerated what we were doing,” Rao said in an interview. “Shops is really a digital storefront within Facebook and Instagram.”

Since the May launch, Facebook has been expanding the support and features available through Shops, offering new advertising integrations and tools that sellers can use to expand their reach.

So, for instance, Facebook is now enabling sellers to push out pricing discounts, either offering promo codes or individual-item discounts, or a store-wide promotion, such as $10 off purchases of $50 or more.

“We now have the capability to do discounting, which obviously during the holidays is one of the key levers to get people over the finish line,” Rao said.

Facebook, where revenues are driven largely by its massive advertising apparatus, is continuing to expand ad capabilities for sellers. When it unveiled its “Season of Support” in October, an initiative offering sellers training and other resources to gear up for the holiday season, it announced that sellers could now incorporate product tags into their ads on Instagram, directing shoppers directly to a product details page.

The company is also enhancing its marketing support for online sellers as the holidays approach. It’s offering targeted messaging for what it calls Shopping Engagement Custom Audiences, which would target shoppers who have shown interest in a product but not made the purchase, and Shopping Lookalike Audiences — consumers who fit the profile of a store’s existing customers.

Ecommerce now ranks as one of Facebook’s “strategic areas of investment,” according to Rao, who describes Shops as the centerpiece of that effort, the place for serious sellers to set up their stores. Facebook still facilitates commerce through areas of its platform like Marketplace and Groups, but Shops is intended as the hub for full-time sellers.

For the seller who “wants the level of sophistication where they’re creating a store,” Rao said, “Shops is probably where we would direct them.”

Facebook can now process Shops transactions directly on its pages or Instagram, or sellers can redirect the transaction back to their own website. It also offers integrations with major ecommerce players like Big Commerce and Shopify, with promises of more to come.

As more sellers set up shop on Facebook, Rao advises them to think about the fundamental proposition of connecting people online that the social network was founded on.

Shops that are successful on Facebook go out of their way to be available to their customers, which starts with doing some simple things like turning on messaging capability and highlighting the hours when customers can contact the store.

“The basics really matter,” Rao said. “Turning on the ability for a person to message with you on your page or on Instagram is really driving business for small businesses.”

Through the end of the year, Facebook is offering a series of free training courses, including four focused on the holiday season, through the Season of Support initiative. That effort includes help with developing a marketing plan on Facebook and Instagram, and resources to help boost sales.

Some of the trainings that Facebook is offering aim to help sellers adapt to the platform, with focuses on building their presence and driving engagement. Rao says that some of the sellers who have enjoyed the most success have come up with ways of connecting with shoppers on a personal level, using tools like Facebook Live to showcase their business and the people behind it.

“One of the things that we’ve found really resonates is when businesses focus on highlighting themselves and their story,” he said.

“It’s a platform based on people, so on Facebook businesses can really showcase who they are,” Rao said. “Really use their personality to highlight their business and what they care about, and that’s really shining through with consumers.”

One thought on “Facebook Shops Gearing up for Brisk Holiday Season”