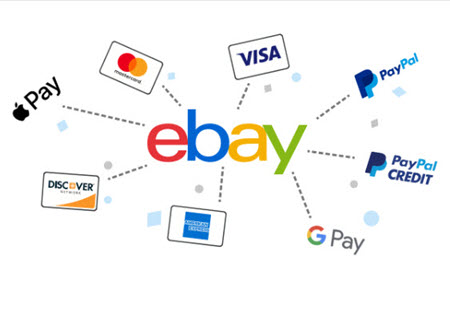 eBay will institute a new fee structure on July 20, 2020 in which it will merge payment processing fees into final value (commission) fees. The new fees apply to sellers enrolled in Managed Payments, who were notified on Thursday.

It’s a radical change, and some sellers were dismayed to learn eBay will take a commission on the state sales-tax portion of the transaction, which some states require eBay to collect from buyers under their individual Marketplace Facilitator laws. (For those unfamiliar with the laws, they shift the burden of collecting state sales tax from the seller onto the marketplace.)

Keep in mind that the sales tax eBay collects varies widely by state, with some locales charging buyers close to 10% of the selling price.

The current standard Final Value Fee in most categories is 10% for non-Stores, and when eBay announced Managed Payments in 2018, it instituted a 2.7% payment-processing fee for those enrolled in the program.

Under the new plan, eBay is not simply adding 10% plus 2.7% to come up with the new Final Value Fee.

(To be clear, those are examples – FVFs always vary by category.)

It’s difficult to compare current rates with the new Managed Payments rates taking effect in July given all the variables (selling price, product category, location of the buyer, whether a seller is Top Rated or not).

eBay manager Brian Burke wrote on the seller discussion boards, “Most sellers can expect to see overall savings,” but many sellers had questions, and some expressed skepticism. Sellers should also note that if and when they must pay penalty fees, the cost will rise (more on that below).

When eBay first announced Managed Payments, it said it would not charge a per-transaction fee, unlike PayPal, which charges a 30-cent per transaction fee. Then eBay changed Managed Payments fees to institute a 25-cent per listing fee. That meant a seller who sold multiple quantities of an item in a single listing would pay far more than other payment processors charge, and for some sellers, resulted in much higher costs.

With last week’s messaging, eBay said it was moving to the industry-standard 30-cent per transaction processing fee.

In 2018, eBay implemented “penalty fees” for sellers who fall below certain performance standards. When it rolled out in 2018, the penalty fee was an additional 4% of the selling price plus shipping. In 2019, eBay raised it to 5%.

Under the new fee structure, the rate of 5% still applies, but will apply to “the total amount of the sale” – including the sales tax portion – in effect an increase in the penalty fee rate.

eBay will charge US sellers additional fees for orders placed by international buyers / recipients. We have yet to analyze how it compares to PayPal’s international payment-processing fees, but a seller raised the issue on Wednesday’s eBay weekly chat session, where you can read their concerns.

Upon reading about the fee changes, one seller said they believed it would make the eBay Global Shipping Program (GSP) potentially untenable:

“For GSP we are required to pay the new simplified fees for the buyers entire cost for using the GSP including the courier fee, shipping to KY and any other add-on fees assessed. This on top of the 4.65% fee added on for international fees and currency conversion.

“For freight-forwarding, we must pay the simplified fees on the entire cost including fees on tax to the freight forwarding state, international fees and currency conversion.

“eBay just went for the jugular. There’s more fees than margin left in many categories, especially with the bloat of merchandise that will be making its way to the open market.”

This is certainly an area sellers will be looking to eBay for additional information.

It’s well worth nothing that while Etsy also took over payment processing on its marketplace, the new eBay fee structure is different from how Etsy calculates fees.

Etsy charges a transaction fee of 5% of the price for each listing plus shipping and gift wrapping (not sales tax). Separately, it charges a payment processing fee assessed on the total amount of the sale, including tax and shipping.

Finding Details about the New Fees

eBay uploaded the following video to YouTube in late April with a very general overview of the features.

eBay has yet to make any announcement publicly, but eBay’s Brian Burke provided some FAQs on the new fee structure on this May 2nd seller discussion-board post, where sellers are reacting.

See what readers have to say – and leave a comment – on the EcommerceBytes Blog.