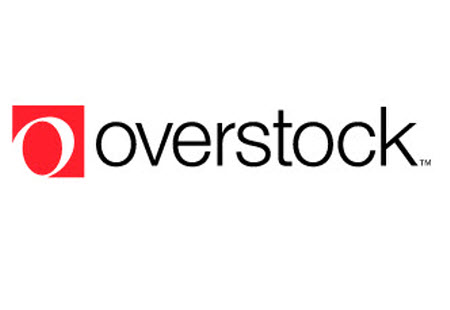 Overstock CEO Patrick Byrne has severed ties with the company he founded after alleging he has been working with the Department of Justice on a controversial government-related matter.

For years, Byrne was surrounded in controversy over a fight with Wall Street short-sellers (link to 2006 AP story via NBC news). He also made the somewhat controversial move to accept Bitcoin cryptocurrency on Overstock.com.

He wrote a letter to shareholders on Thursday announcing his departure. Included were claims about the company’s strengths and opportunities, such as the savings the company could achieve by partnering with brick and mortar retail stores.

Overstock issued a press release announcing a new interim CEO and a new board of directors.

Allison Abraham, the Chair of Overstock.com, Inc.’s (NASDAQ:OSTK) Board of Directors, announces the appointment of Mr. Jonathan E. Johnson III as its Interim Chief Executive Officer and Dr. Kamelia Aryafar as member of the Board of Directors in the wake of the resignation of Dr. Patrick M. Byrne as CEO and member of the Board. Johnson has been with the Company for nearly 17 years and serves on the Board and as the President of Medici Ventures, the company’s wholly owned subsidiary focusing on blockchain innovation. Aryafar has been with the company since 2017 and serves as the Chief Algorithms Officer.

“In his twenty years as Overstock’s leader, Patrick’s vision for Overstock as an innovation leader has come to fruition. It will be my mission as I take the helm to continue and build on Overstock’s achievements and success,” said Johnson. “I am confident Overstock’s future – both in retail and blockchain – is bright.”

“Dr. Byrne has successfully created and molded Overstock over the years by pioneering the marriage of tried-and-proven competitive business principles with cutting edge data analytics and technology; a true visionary,” said Aryafar. “I am excited to join the Board and I look forward to continuing the company’s trajectory and contributing to its future success.”

“Jonathan’s diverse and extensive experience here has prepared him well to successfully oversee both our retail and blockchain businesses,” said Byrne. “Kamelia is a brilliant machine learning scientist and ecommerce veteran who has already made great contributions to our science, engineering, and analytics by advancing data-driven technology. Her addition to the Board will continue to propel Overstock forward in its visionary direction.”

“We respect and understand Patrick’s reasons for resigning and acknowledge his momentous achievement in taking Overstock from a startup twenty years ago to one of the nation’s leading online retailers and positioning it at the forefront of the blockchain revolution,” said Abraham. “We have full confidence in both Jonathan’s ability to lead the company, and Kamelia’s expertise and insights to help the Board successfully lead Overstock into the coming months and years.”

Johnson will continue to serve on the boards of Overstock, Medici Ventures, and tZERO; he will also continue in his role as president of Medici Ventures. In addition to now serving as a member of the Board, Aryafar is being promoted to Executive Vice President of Overstock’s retail business, overseeing the continued implementation of a data-driven and Machine Learning strategy across the customer, marketing and sourcing departments to provide the best personalized customer experience. Aryafar will continue to serve in her role as Chief Algorithms Officer of Overstock’s retail business. Johnson’s and Aryafar’s new responsibilities commence on August 22, 2019.

An investor live webcast and conference call will be held on Monday, August 26, 2019 at 8:30 a.m. ET to discuss these changes in more detail. To access the live webcast, go to http://investors.overstock.com. To listen to the conference call via telephone, dial (877) 673-5346 and enter conference ID 7588584 when prompted. Participants outside the U.S. or Canada who do not have internet access should dial +1 (724) 498-4326 and then enter the conference ID provided above.