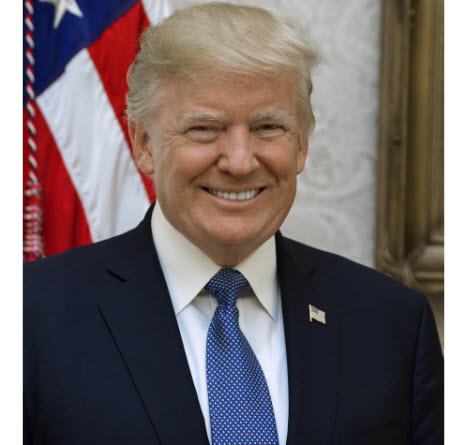 Retailers and manufacturers sent a letter to President Trump on Thursday asking him to end what they called the escalation of tit-for-tat tariffs. “Broadly applied tariffs are not an effective tool to change China’s unfair trade practices. Tariffs are taxes paid directly by U.S. companies, including those listed below – not China.”

But don’t be misled – the group also urged the President to be tough when dealing with China: “We agree that our trading partners must abide by global trade rules, and we support the administration’s efforts to address unfair trading practices, including intellectual property violations, forced technology transfer and more.”

As a reminder of how tariffs work, here’s an excerpt from a CBS News article from last month:

“Here’s an example made simple (ignoring real-world minimum amounts subject to tariffs). Say the U.S. imposed tariffs of 6.5% on garden umbrellas from China. If an American retailer wanted to buy 100 garden umbrellas from China for $5 apiece (a pre-tariff total of $500), the 6.5% tariff would come out to $32.50 tariff for the shipment. That raises the total price of the shipment from $500 to $532.50.”

That means retailers must either reduce their profits or pass along the added cost to consumers.

Interestingly, the National Retail Federation announced last week that it found retailers are stocking up on inventory to get ahead of higher tariffs:

In Thursday’s letter, available in a PDF document on DocumentCloud.org, retailers wrote in part:

“Mr. President, we support your efforts to hold our trading partners accountable, level the playing field for American businesses and forge enforceable trade agreements. We urge your administration to get back to the negotiating table while working with our allies to develop global, enforceable solutions. An escalated trade war is not in the country’s best interest, and both sides will lose. We are counting on you to force a positive resolution that removes the current tariffs, fosters American competitiveness, grows our economy and protects our workers and customers.”

5 thoughts on “Retailers Tell President Trump They Pay Tariffs, Not the Chinese”