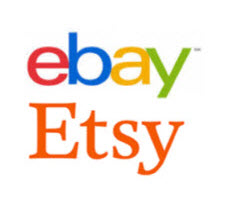 eBay and Etsy sent sellers to Washington, DC to lobby lawmakers on issues important to the marketplaces and their sellers, including postal issues, benefits, trade, net neutrality – and of course, online sales tax. Former eBay CEO Meg Whitman started the practice 15 years ago, as we described in this 2004 article:

“eBay is hosting the “United States of eBay” Small Business Summit in Washington D.C. on May 5, 2004. eBay is flying in 51 small-business representatives of the eBay community from each state and the District of Columbia. The participants consist of small businesses, half of whom buy supplies and equipment on eBay and half of whom make their living selling on eBay. They will meet with members of Congress and other policy makers on Capitol Hill and attend a dinner gala celebration hosted by Meg Whitman, President and CEO of eBay.”

This year‘s eBay “Advocacy Day” saw 24 eBay sellers from around the country visit the eBay Government Relations team and with Congressional members and staffers, with the focus on “trade policies that remove barriers for small business and reduces transaction costs as well as a strong and viable United States Postal Service.”

Etsy has also seen the benefit of sending sellers to the nation’s capital, this year sending seventeen Etsy sellers from all over the country to Washington DC to advocate on behalf of small businesses. On the agenda: Online sales tax, trade, net neutrality, and portable benefits.

One thought on “eBay and Etsy Sellers Advocate on Postal Issues, Sales Tax, and More”