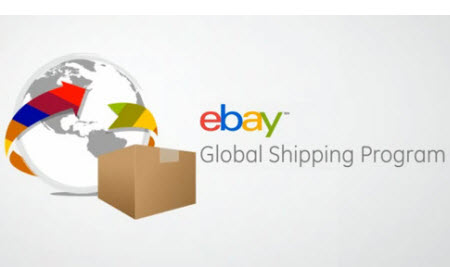 Some sellers have begun reporting that they have been suddenly opted in to eBay’s Global Shipping Program (GSP) without their knowledge, such as the seller on this eBay discussion board thread, and the seller who filed the following report on Ecommerce EKG.

May 3, 2019: “All of my listings (at least all the ones I looked at) have been opted into international shipping. I do not ship outside the U.S., and had all listings set for domestic (U.S.) only. (Reported By: lessthanthreerecords)

Another reader reported the same problem via email, also on May 3:

“Just noticed an unannounced peculiarity. Global Shipping is now a positive default with ALL listings, even old ones. There’s a little check box that’s checked and tells the world you ship worldwide. NO international shipping used to be a default. Now you have to uncheck GSP to choose NO International. What’s up with that?”

and then sent the following update:

“Follow-up to my GSP discomfort. Apparently someone, not me, had opted me into the GSP. Some quick digging led me to Site Prefences/Shipping, and there it was. I was “enrolled”. I would never have enrolled on my own. Something’s screwy in SJ.”

On the eBay thread, one seller said they believed the problem only occurs when using the Quick Listing form, and recommended sellers be sure to use the Advanced Listing form. (We have not confirmed this.)

Being randomly opted into the program has been a chronic problem since it launched, and you should periodically check your GSP settings. It seems these days, it pays to stay on your guard.

One thought on “Check Your eBay Global Shipping Settings”