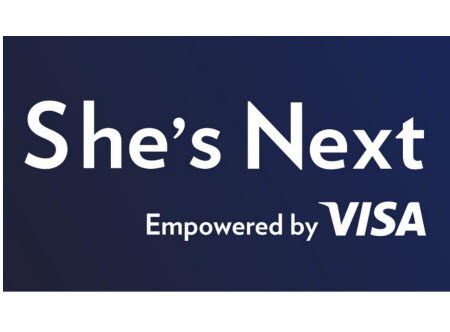 Visa launched a campaign to support small-business owners with the She’s Next campaign, which will champion and empower women in their entrepreneurial efforts to grow their businesses, and it released some findings showing what’s on the minds of female entrepreneurs.

The campaign is getting support from leading small business advocates, including Square and Yelp, and is supported by the Female Founder Collective (FFC).

An inaugural “She’s Next” event will be held in Atlanta, Georgia on January 30th, and Visa will create pop-up events around the world that offer a range of practical tools, resources, insights and networking opportunities for female entrepreneurs, including the following:

Visa commissioned a survey of US-based female small business owners, and findings include the following:

In 2019, Visa will launch phase two of its multi-million dollar Money is Changing marketing campaign in the US, building on its millennial women focus and featuring real-life female business owners.

Visa will feature a diverse spectrum of women in the campaign who will highlight the practical steps they have personally taken to change the game and challenge existing taboos when it comes to money.

Visa has also supported programs focusing on small businesses including Visa’s sponsorship of the Great British High Street program in the United Kingdom and Visa’s Money is Changing marketing campaign in the US.