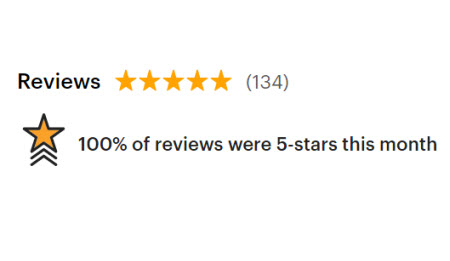 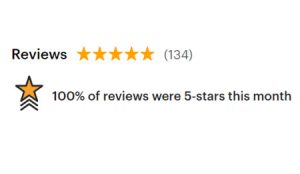 Etsy launched another test, this one highlighting recent positive reviews left by a seller’s customers. A new badge appears in the review section on sellers’ listing pages if they received a certain number of 5-star reviews over the course of the past month. During the test, a subset of buyers will see it.

Type: Testing a new badge in the review section of the listing page

What we’re testing: We’re showing a badge in the review section of the listing page for sellers that have received high ratings in the past month.

Goal: To increase buyer confidence by highlighting items that have received several 5-star reviews in the last month.

Audience: A percentage of buyers on Etsy

We noticed a section on the Etsy home page titled, “Recent reviews from happy people” that showed three reviews, complete with buyer user IDs and photos of the items. Clicking on one brought us to the seller’s listing featuring the new badge (the one shown above). The badge appeared directly under the Reviews section title and directly above the individual reviews.

It’s not surprising Etsy would explore ways to highlight reviews after Amazon showed how powerful they can be in helping shoppers make purchase decisions. But Etsy doesn’t automatically greenlight all tests. For example, Etsy ended a test last month in which it had displayed a chart showing a breakdown of reviews by star ratings on shop home and on the review page so buyers could quickly scan to see the range of ratings a shop had received in reviews. Etsy reported that testing showed the chart had a neutral impact.