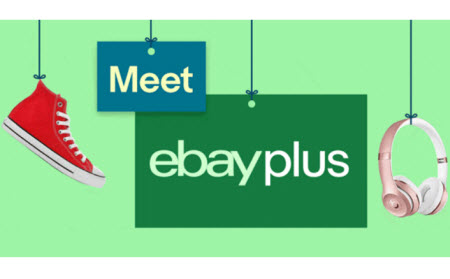 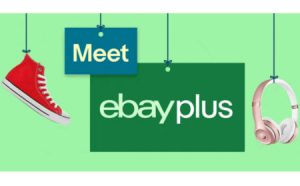 eBay officially launched its $49/year membership program in Australia on Thursday that mimics Amazon Prime. Shoppers who subscribe to the program get free shipping and free returns on certain items – “Just look out for the eBay Plus logo on the listing page and in search results,” eBay advises. “You can also use the eBay Plus filter in search results.”

eBay announced the eBay Plus program in late May, and users began reporting seeing the feature on the eBay Australia marketplace a week ago. On Thursday, eBay sent an email to users who had signed up to receive notification of the program’s launch, and eBay Australia is now advertising the program on its homepage.

Sellers don’t opt in to have their listings display as eBay Plus eligible – instead, eBay automatically includes listings with certain criteria (with no way to opt out), including the following:

– Sellers who are Above Standard or eBay Top Rated (eTRS)
– New and fixed priced listings
– Returns are accepted
– The item is located in Australia
– Item is non-bulky or heavy.

As we previously noted, eBay states in the seller FAQs: “Listings can still qualify for eBay Plus if you’ve specified a postage cost. eBay Plus members get free delivery as one of the benefits of their subscription, so we’ll cover the difference.”

It’s a mystery as to which items eBay might choose to subsidize for eBay Plus members. eBay also published the following seller FAQ:

Do I have to offer free postage to be part of eBay Plus?
Not necessarily. However, we recommend offering free postage to encourage all shoppers to buy from you – not just eBay Plus members.

Interestingly buyers who subscribe to the eBay Plus membership program will also receive exclusive selling offers, such as free listing and final value fee discount offers. They also get other features, including double flybuys points, exclusive deals and premium customer service.

eBay offers the program in Germany, and unlike Australia, sellers in Germany receive a discount on their Final Value Fees for eBay Plus orders.

eBay faces competition from Amazon, which got a late start in Australia – until last year, shoppers could only purchase digital goods and Amazon devices on Amazon.com.au. In August, Amazon opened its first fulfillment center in Australia, and it launched the Amazon Marketplace in December. It launched FBA (Fulfillment by Amazon) in February of this year, and said it would launch its Prime membership program there by the end of the year.

eBay shoppers can now sign up for the eBay Plus program – eBay is offering a free 30-day trial, and is also offering a promotional price of $29 for the first year to those who sign up right away.

You can learn more on this eBay Plus landing page on the eBay Australia website.

Readers discussed the program on the EcommerceBytes Blog when announced in May.

One thought on “eBay Launches Free-Shipping Program in Australia”