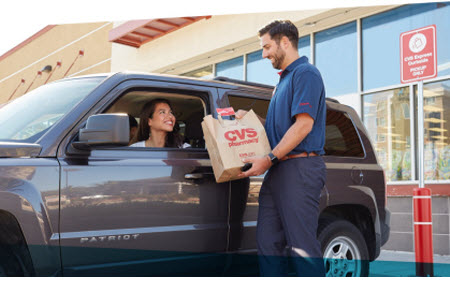 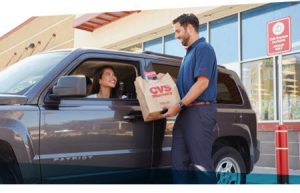 As the popularity of in-store and curbside pickup is growing, ecommerce giant Rakuten announced it is acquiring Curbside, a service that helps stores and restaurants offer customers “order ahead” service and uses something called “predictive arrival technology” to set itself apart.

Curbside was founded in 2013 by former Apple experts in location services. It streamlines order fulfillment, enabling retailers to deliver products to customers at the exact moment they’re ready for them. Rakuten is a global company based in Japan with a diverse portfolio operating in 29 countries and regions.

A Rakuten spokesperson told EcommerceBytes, “Curbside and Rakuten share a vision around connecting consumers to mobile commerce at stores in the communities where they work and live. This acquisition will allow Rakuten to provide new and innovative services to our mobile ecommerce members and merchants and Curbside will now have access to resources to accelerate its platform, scale globally and help our partners tap into Rakuten’s sizeable ecosystem.”

Curbside will operate independently as a Rakuten-owned company with its team, services, partners and product offerings all remaining intact.

Rakuten, Inc., a global leader in innovation headquartered in Tokyo, today announced that it has acquired Curbside, the Palo Alto-based technology company whose solutions take friction out of the mobile order ahead customer experience at thousands of stores and restaurants.

“Curbside is changing the way traditional brick-and-mortar retailers and restaurants are interacting with their customers,” said Yaz Iida, President of Rakuten USA, Inc. “Welcoming Curbside to the Rakuten family is all about the consumer, and we are excited to be able to empower consumers with even more ways to enjoy shopping.”

Founded in 2013, Curbside is a trusted technology partner to Fortune 100 retailers and quick-service restaurant chains. Curbside technology powers e-commerce for bricks and mortar stores, providing customers with an immediate, convenient way to shop. The company streamlines order fulfillment and enables merchants to scale their order ahead programs and deliver products to customers at the exact moment they’re ready for them. Curbside’s predictive arrival technology already powers mobile order ahead for store pickup and home delivery for millions of consumers in the United States.

“We built Curbside to enable great mobile shopping experiences at local stores and restaurants,” said Jaron Waldman, co-founder and CEO of Curbside. “Joining forces with Rakuten allows us to accelerate our platform and greatly expand our support for both merchants and shoppers. Curbside and Rakuten share the vision that the future of mobile commerce is local, and that extending our platform to merchants for delivering great, low friction commerce experiences in and around their stores is an area of huge opportunity. We couldn’t have found a better partner as we grow our business.”