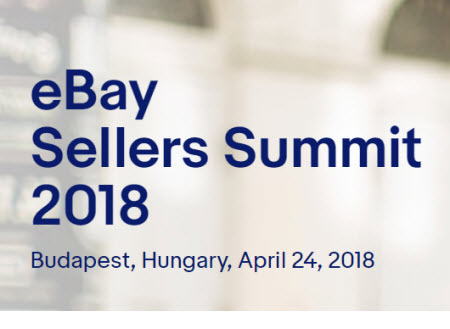 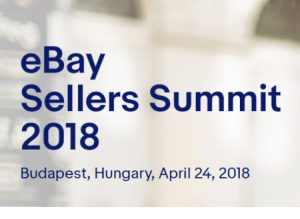 eBay’s Moscow news team described a recent gathering of sellers held in Budapest, Hungary, at its Eastern European Seller Summit. eBay Vice President of Cross Border Trade John Lin spoke to the 161 attendees who came from over 20 European countries to learn about new ways to grow their businesses on eBay.

Cross border trade was on the agenda, with one session discussing “How to exceed UK buyers expectations.” Another session focused on using eBay Promoted Listing ads as a growth strategy. eBay also had a customer service team on hand to help sellers deal with any issues.

Sellers from more than 20 European countries gathered in Budapest to learn how to grow their businesses on eBay.

The eBay Moscow team recently hosted 161 Eastern European sellers in Budapest, Hungary on the Danube River for the first time. Attendees came from more than 20 European countries. More than 80% of guests made their way to the event from abroad to learn about new ways to grow their businesses on eBay.

The summit was dedicated to imparting practical strategies for sellers exporting from the region. Attendees heard from six eBay speakers who shared useful tools, services and insights from global teams on how to boost sales.

The eBay team saw some familiar faces among the guests, many of whom also attended the seller summit in Sofia, Bulgaria last year. A top Greek seller, Bill Papacharalampous, mentioned to Ilya Kretov, GM Russia & HiPo markets, “I was at both events, but this year you raised the bar by delivering very detailed content!” Bill added that during breaks, he was live streaming on Facebook for fellow Greek sellers.

Many sellers, such as Jakub Peterk from Czech Republic, used the opportunity to address their questions to the global customer experience team, facilitating more than 60 1-to-1 sessions, assisting sellers with their most burning questions.

Meeting sellers from every corner of Europe and getting to know their businesses and personal backgrounds made this day truly memorable for our team. We believe the Summit was the perfect start to creating a professional community of eBay sellers in the region.