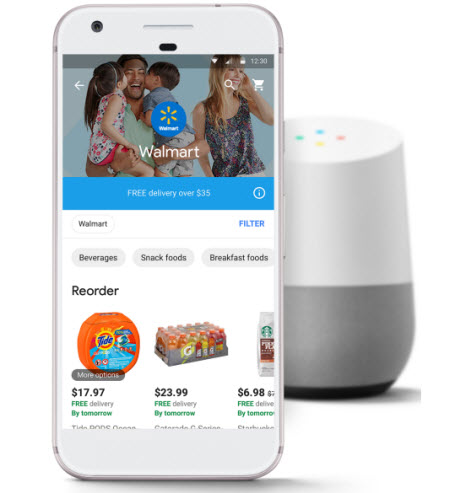 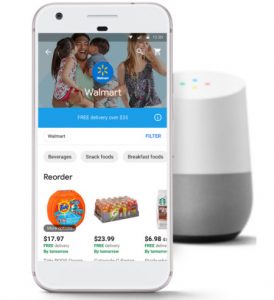 Google has been trying to help retailers compete with Amazon Prime through Google Express, which lets shoppers order items and have them delivered quickly (same-day to 3-day options) and cheaply (free with minimum per-store order as low as $25).

According to Monday’s announcement, Shopping Actions gives customers “an easy way to shop your products on the Google Assistant and Search with a universal cart, whether they’re on mobile, desktop or even a Google Home device.”

– Shoppers will be able to find products from participating retailers through new platforms such as Google Assistant, which offers “voice shopping” (similar to Amazon’s Alexa). Google stated, “Leverage our deep investments in machine learning, AI and natural language processing to offer your customers a hands-free, voice-driven shopping experience.”

Using an example, Google wrote: “Shopper Kai can do a search on Google for moisturizing hand soap, see a listing for up & up brand soap from Target, and add it to a Google Express cart. Later, in the kitchen, Kai can reorder foil through voice, add it to the same cart using Google Home, and purchase all items at once through a Google-hosted checkout flow.”

Retailers who participate in Shopping Actions pay Google a commission for sales.

Target was one of the first retailers to test Google Express and expanded the offering nationwide last year. And Walmart signed up for Google Express in August.

It’s not a program used by small online sellers, nor do small brick-and-mortar retailers appear to be participating – see the list of retailers using Google Express on this page.