Walmart came in 10th place in the 2018 Sellers Choice Awards. This is the first year Walmart cracked the top-ten nominated marketplaces after it opened its platform to third-party sellers in 2009 on a very limited basis (3 merchants were allowed in that year).

In January 2018, EcommerceBytes surveyed over 10,000 online sellers and asked them to rate the marketplaces on which they had experience selling. An introduction to the Sellers Choice survey along with a summary of the overall ratings can be found here, along with links to results for each of the 10 online marketplaces included in the survey. 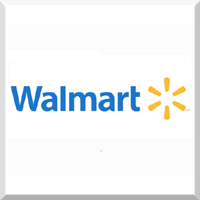 This is the first year Walmart cracked the top-ten nominated marketplaces after first opening its platform to third-party sellers in 2009 on a very limited basis (3 merchants were allowed in that year).

Walmart finished 10th in Sellers Choice voting, and if comments are any indication, Walmart has a good base of traffic, along with name recognition, but has some work to do in building out their interface and making the site “third-party seller friendly.” Some sellers referenced the long wait time to be approved to sell, and others mentioned never hearing back from Walmart at all after applying to sell on the platform.

Some merchants who were approved say they are making sales and some see the potential for the marketplace to do better – “If they did this right they could take the throne from Amazon,” said one seller.

However, sellers say the interface is tedious, with many complaints about the backend. “Seller Center is draconian, it’s like going back to the dark ages of ecommerce,” one seller wrote. “You do not even get notified if you have a sale,” said another, who added that it can take weeks to get an issue fixed.

Several sellers complained about its policies around pricing. If its automated system finds a product listed cheaper someplace else, it “unpublishes” the listing. However, sellers say the “bot” often incorrectly identifies the item. When that happens, “You can’t get Walmart to publish the item, they say they have an algorithm and that’s all they can do,” one seller wrote.

Walmart received a 4.64 in Profitability; a 4.51 in Customer Service; a 4.44 in Communication; and a 4.01 in Ease of Use. It received a 4.27 from sellers when asked, “How likely are you to recommend Walmart as a selling venue to a friend or colleague?”

Reader Comments:The Good, the Bad and the Ugly

Great new venue. Could use some easier seller integrations, like email and shipping labels through stamps.com

Walmart brings the sale, but their platform is slow, and hard to use.

We don’t have any major issues with Walmart, but nor do we have anything much exciting to say either.

Downside – must use API to actually get listed with any ease as their upload program is an antique (they use Excel) . Upside – they allow you to use your policy and stand behind the sellers (so far)

At first it was very hard to get on, and you had to prove you were a REAL SELLER with tax docs and proven feedback in other venues! No Chinese counterfeiters!! HUGE PLUS! I hope they are still as exclusive. However, they have their own ridiculous flawed nuances such a “competitive price rules.” In short, if their crude bot thinks it has found your item cheaper elsewhere, your items are delisted and removed from the site. Problem is, more times than not, the items it “thinks” are cheaper aren’t the same items at all, or, CHINESE KNOCKOFFS ON AMAZON!!! They really need to refine that tool. Beyond that stupid feature, if Walmart supports the marketplace and continues to improve, it is a huge contender for established marketplace sellers to revive their businesses.

We have been here about 6 months. Sales are increasing. It will likely become our 2nd best behind Amazon. The seller interface is very limited. You do not even get notified if you have a sale! Their feed is very specific and technical knowledge is needed to use it. Even then it takes more than one attempt most times we use it. It can take weeks to get an issue fixed. Lots up upside for this site. After waiting for months to get approved to list, I was shocked at how weak the seller side site is.

I keep active items on Walmart’s site, but most responses to my items are spam/phishers. No sales.

We have many non-UPC items and the backend is very buggy and underdeveloped.

Seller Center is draconian, it’s like going back to the dark ages of ecommerce, needs to be opened to everyone like eBay not just select high volume sellers. If they did this right they could take the throne from Amazon. Sadly it’s not looking like they will.. still No#3 for sales in our books though.

Not sure if these guys even have any clue on how to run a marketplace. They compare prices of our products with their store pricing and “unpublish” the listings complaining that price is too high. They would rather show the item as out of stock than let a customer shop someplace else.

Walmart is a baby. It needs lots of TLC from the company to grow. The portal is awful to work on and they unpublish your products when the price is supposed to be higher somewhere else – but they compare to the wrong products!

The one and only item I added to the site was not approved but I didn’t know it would not be approved until taking the time to create the listing. Once created, I got a message that the item was already in the catalog. And it was as a 72pc lot. The seller who created the ad first, used the since item UPC code to create the lot instead of outer case UPC code. Additionally, a case as defined by the manufacturer is 36pcs. Three UPC codes are available for this product, the single item, the 36pc and the master case of 336. It’s kind of a free for all with UPC codes and the first to use them, even if they are wrong, essentially prevents other sellers from using them as well.

Walmart has a lot of issues with their seller interface, It’s awkward to use and the search is not accurate. The biggest issue we have is their Unpublished Policy. We have listings that go Unpublished on Walmart because they link the item to a cheaper price on Amazon, yet when you click on the link the Amazon price is much higher or the item is not the same or out of stock. You can’t get Walmart to publish the item, they say they have an algorithm and that’s all they can do. We liked our Sales last year so we hope they make some big improvements this year.

Walmart is nothing but a waste of time, it’s a great place for brand advertising, but nothing more than that.