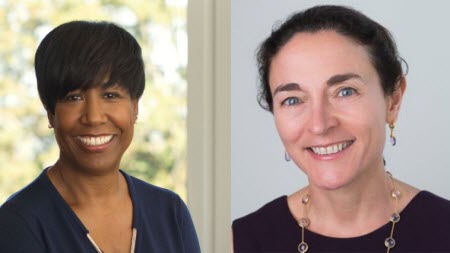 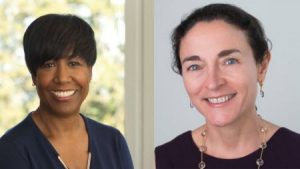 eBay named two new members to its board of directors, both women, one of them an African American, a year after the company hired its first Chief Diversity Officer. Diana Farrell is Founding President and CEO of global think tank JPMorgan Chase Institute, and Adriane Brown previously headed Intellectual Ventures and remains an advisor to the firm.

It’s interesting to note that over a decade ago, Intellectual Ventures filed an amicus brief in support of the MercExchange patent claim, which accused eBay of patent infringement.

eBay Inc., a global commerce leader, has appointed Adriane Brown and Diana Farrell to its board of directors.

“eBay has a world-class board of directors with a broad and diverse range of experience and backgrounds. Adriane and Diana are each remarkable individuals, and they will bring additional leadership, strategy and policy expertise in a variety of sectors to eBay’s Board. I look forward to benefiting from their insights and perspectives as we position eBay to continue to be a leading global technology and commerce platform,” said Devin Wenig, President and CEO of eBay.

Ms. Brown currently is an advisor with Intellectual Ventures, LLC, where she previously served as President and Chief Operating Officer. Before that, she held a number of roles at Honeywell International, Inc., including Senior Vice President, Energy Strategy, and President and Chief Executive Officer, Honeywell Transportation Systems. Prior to that, she spent nearly 20 years at Corning, Inc., where she began her career as a shift supervisor, rising to the position of Vice President and General Manager of Corning’s Environmental Products Division. She currently serves on the Board of Directors for Allergan PLC. Ms. Brown earned a B.S. in Environmental Health from Old Dominion University and an M.S. in Management from the Massachusetts Institute of Technology.

Ms. Farrell is the Founding President and Chief Executive Officer at JPMorgan Chase Institute, a global think tank. Prior to JPMorgan, and over the course of her career, she held a variety of roles at McKinsey & Company, Inc., serving as the Director and Global Head of the McKinsey Center for Government, Global Head and Director of the McKinsey Global Institute and Partner and Leader of the Global Financial Institutions and Strategy Practices, among other positions. Ms. Farrell also served as the Deputy Director of the National Economic Council and the Deputy Economic Advisor to the President under the Obama Administration. She began her career at Goldman Sachs. Ms. Farrell is a member of the Board of Trustees at Wesleyan University, the Urban Institute and the Trilateral Commission. She earned a B.A. in the College of Social Studies and in Economics from Wesleyan University and an M.B.A. from Harvard Business School.