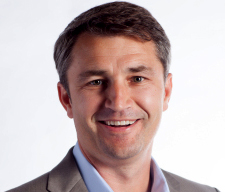 It’s difficult to establish a brand if you sell only on someone else’s platform – such as eBay or Amazon. But if you make $1,000 a month selling online, you can afford your own storefront, which can help you grow much faster – especially if you put in the time and energy.

That’s a big change from years ago when you needed to do tens of thousands of dollars in sales to justify the expense of setting up a store, says Jimmy Duvall, Chief Product Officer at BigCommerce.

Duvall has been around for long enough to see how things of changed – in 2003, he was managing the Yahoo Store / Merchant Solutions business, and has since worked for GSI Commerce (acquired by eBay and later spun off), Magento, and now the ecommerce platform BigCommerce that lets you set up your own ecommerce store and sell across multiple channels, and which currently hosts 50,000 retail storefronts.

But setting up your own store is not a substitute for online marketplaces. If you only have a singular view, that’s incredibly limited, Duvall told us – “Over the past year, we’ve been focused in helping retailers have an omni experience.” BigCommerce has added a native integration with Amazon, which he said has become a significant marketplace for individual retailers.

The integrations with marketplaces such as Amazon and eBay, as well as with social sites such as Facebook and Pinterest, allow sellers to reach different consumers, selling wherever those consumers are. And at the same time, merchants using a service like BigCommerce are able to manage their inventory and sales from one central location.

In the past, many small- and mid-sized retailers didn’t know how to manage their inventory between channels, and it was laborious – they would have to take their content and photos and download them to a CSV file that they would have to figure out how to manage, Duvall said. His platform reduces that complexity around selling cross-channel, he said – and it also offers strong SEO to attract traffic from search engines.

“It’s moved them from a “how do I do this?” to a “how do I become offensive-minded?” he said. “Am I pricing my products appropriately, am I ensuring I have the right content?”

People are trying to sell things as easily as possible. However, “If you put in a little extra effort – make sure your content is compelling, describes it well, that your images are not just the cookie-cutter same ones that you get from the manufacturer, if that happens to be the case; and you start to put in the time and energy, we found that people can be incredibly successful in selling in these more competitive marketplaces.”

Duvall also spoke about Amazon Pay – it has boosted conversions for merchants. Initially some merchants were skeptical, but once they learned it did not bring shoppers off of their site and onto the Amazon marketplace, they tried it. Most surprising, Duvall said – the adoption by shoppers, who see it as an easy way to checkout, especially when using mobile devices.

A version of this article appeared in the June 1st issue of EcommerceBytes 411.