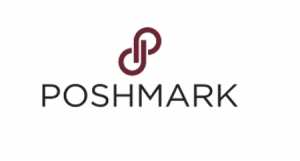 Poshmark revolutionized fashion buying and selling on mobile devices, and now it’s allowing its users to list on the web, which is more convenient for serious sellers. One EcommerceBytes reader called it great news for Poshmark sellers, saying they’d be able to add inventory much more quickly.

Wishlist, GRANTED. We just released new features from the top of your list:

List on the web: Yes, you heard that right. You can now list on the web! Got tons of stuff to list? This feature will making uploading huge quantities of stuff a breeze. Head over to poshmark.com and click on Sell on Poshmark on the top right corner!

Upload multiple photos on the app: Say goodbye to uploading one picture at a time. Tap up to 8 photos at once and upload them in a snap!

With the ability to list on the web and new updates to listing on the app, listing is quicker and easier than ever!

Ready to list up a storm? Head over to poshmark.com/sell or click on Sell on Poshmark at the top of your page to get started!

If you’re listing on the app, download the newest version to get started. If you don’t see the multi-photo upload feature, hang tight! It will be available to all users in a few days.

If you don’t see web listing available on poshmark.com, pop into the app first to unlock the feature.