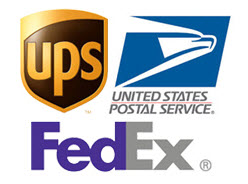 Will USPS rate hike drive online sellers to consider FedEx and UPS? EcommerceBytes spoke to several shipping analysts about the challenges shippers are facing across the board as carriers try to improve their revenue per shipment. Here’s what they had to say, including advice on how to make the right decision about which carrier to consider for your online order fulfillment.

If the U.S. Postal Service gets its way, it’s going to cost a lot more to send packages next year.

But those shipping increases, painful as they may be, aren’t likely to send online sellers scrambling to commercial carriers like UPS and FedEx.

That’s because those carriers are both raising rates next year by nearly 6 percent, but within that headline number lie significant pricing variations that could drive costs even higher for sellers using certain shipping classes, as well as other variables like package dimension and shipping zone.

“Regrettably for shippers, the USPS isn’t the only one increasing their rates,” Josh Dunham, CEO of the shipping consultancy Reveel, said in an email. “Both FedEx and UPS announced a 5.9 percent general rate increase for 2022.”

Reveel conducted an analysis of the commercial carriers’ rate increases, modeling what its customers’ spending over the past year would look like under the new rates. More than 97 percent of shippers would see their rates increase by more than the general 5.9 percent increase FedEx and UPS announced, Reveel found, owing to the various additional surcharges and fees the carriers announced.

“Some companies will also be hit particularly hard,” Dunham said. “For example, we found that businesses that used FedEx’s Ground Economy, formerly SmartPost – a shipping option aimed at small and medium-sized businesses – will see an average increase of 26 percent next year.”

Spokespeople for FedEx and UPS declined to comment on their shipping services in the context of the USPS rate increases. Representatives of both carriers cited company policies not to comment on other entities’ business activities.

As EcommerceBytes has reported, the USPS rate increases, like those announced by the commercial carriers, will hit sellers in different ways. The agency is seeking regulatory approval for specific surcharges for packages exceeding certain length measurements, for instance.

So just as with the commercial carriers, USPS shippers will likely see their actual costs rise by more than the general announced rate increase of 3.1 percent, according to an analysis by the shipping consultancy Shipware. Most USPS shippers will see their costs increase in the range of 5 percent to 8 percent, according to Gordon Glazer, a senior consultant with Shipware.

Still, viewed alongside the announced rate increases at the commercial carriers, the Postal Service seems like a comparative bargain.

“Compared to UPS and FedEx announced changes, USPS is going after market share by keeping their price increase lower,” Glazer wrote in a blog post breaking down the rate increases. “Still, any way you slice and dice it, the costs to ship continue to rise.”

The Postal Service remains an especially favorable option for sellers shipping light-weight packages to nearby zones, according to Thomas Andersen, partner and executive vice president with the shipping consultancy LJM Group.

“[For] some of that volume the Postal Service is absolutely the best answer,” Andersen said in an interview.

Andersen’s company has been tracking the market movement of the commercial carriers, finding that both FedEx and UPS – but especially UPS – have been trying to capture more of the small and midsize business market segment. When UPS reported its quarterly earnings in July, the company said that small and midsize businesses accounted for 27 percent of its revenue, up from 20 percent the year before.

“That’s a substantial jump in the amount of volume and spend,” Andersen said, adding that the move to attract smaller shippers reflects a strategy that UPS CEO Carol Tomé has articulated as “better not bigger.”

In general, shippers need to have relatively high spending and volume levels before they can reach a negotiated contract with a commercial carrier that will be more economical than what they would spend at the Postal Service. But with rates balkanizing – shipping experts note that the proliferation of very specific fees and surcharges has made it harder to generalize about USPS or the commercial carriers’ announcements of rate changes – each seller needs to take a close look at their shipping operation to determine which service makes the most sense for their business.

“Every organization is different, so it’s imperative for shippers to know their shipping profile,” Dunham said.

“In its simplest form, this is a summary of shipments sent and received that breaks them down by size, weight and zone, but a strong analysis will include data on a host of other categories,” he added. “This information is absolutely crucial when comparing carriers.”

7 thoughts on “USPS Rate Hike to Drive Sellers to FedEx, UPS? Not So Fast”