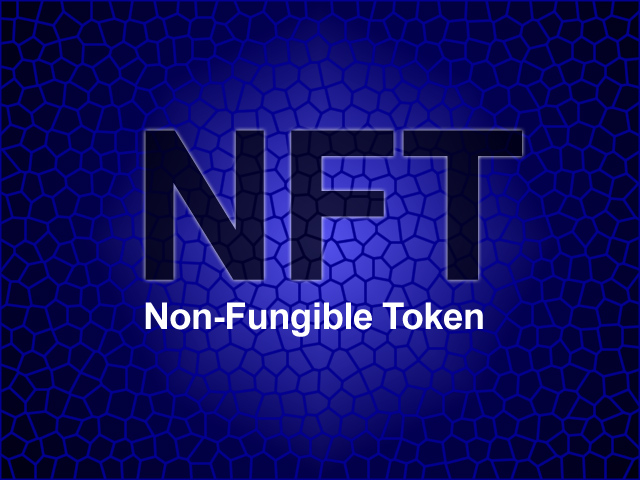 Even if the NFT bubble bursts, digital assets could remain viable.

When Christie’s, an auction house that dates to the 18th century and a pillar of the establishment art world, sold a non-fungible token for nearly $70 million in March, heads turned.

Everyone got in on the act. NFTs, the novel digital collectibles stamped with a unique sequence of code that makes them non-reproducible, had hit the mainstream. They got the Saturday Night Live treatment. Sotheby’s followed with its own announcement of a planned auction of the work of a digital artist.

Note the following definition of NFT from Wikipedia:

A non-fungible token (NFT) is a unit of data on a digital ledger called a blockchain, where each NFT can represent a unique digital item, and thus they are not interchangeable.[1] NFTs can represent digital files such as art, audio, videos, items in video games and other forms of creative work. The NFTs can be bought on an NFT market. – Wikipedia (see the full entry on Wikipedia.org)

Skeptics and critics abound. “NFTs exist so that the crypto grifters can have a new kind of magic bean to sell for actual money, and pretend they’re not selling magic beans,” proclaimed author David Gerard.

Meantime, there’s no shortage of hype surrounding NFTs, what one set of analysts calls a “once niche and experimental industry maturing into a force to be reckoned with.”

In a report on the NFT market in 2020, analysts with NonFungible.com and L’Atelier BNP Paribas cite the digital initiatives from major brands like Warner Bros., Formula 1 as evidence of surging “mainstream interest” in NFTs, extending to individual artists and other creators.

“The possibilities for makers are endless, opening up an entirely new global environment to show and sell their work,” the report’s authors wrote. “There is little doubt the world of NFT is poised to become mainstream and will be revolutionary and disruptive to both new and established industries.”

That report pegged the market capitalization of the global NFT sector at $338 million in 2020, more than doubling in size from 2019.

Clay Collins takes a measured view of the potential of the NFT market. Collins, the CEO of Nomics, a crypto-data firm, anticipates NFTs repeating a pattern familiar to observers of the tech sector.

“I think largely, these internet fads tend to have long-term staying power, and what I mean by this is we tend to see these boom and bust cycles lead to a huge influx of capital and interest and innovation,” Collins said in an interview.

He recalls the go-go years of the dotcom boom in the 1990s, which saw extravagant levels of capital investment in the first generation of Web companies, many of which enjoyed lavish IPOs and also happen not to exist anymore. But amid the rubble of Pets.com and Webvan emerged companies like Google, Amazon and Facebook.

“These assets are overvalued, but this boom cycle is creating an influx of investment that will lead to something sustainable and enduring. This is a recurring trend in tech – something comes out, everyone gets excited, it’s overvalued,” Collins said of the hefty prices many NFTs are commanding.

“It will probably all come crashing down, and a sustainable long-term growth phase will come after that,” he added. “When everyone becomes sane again, we realize the initial thesis wasn’t wrong.”

The initial thesis of NFTs is that in the digital world, as in the real one, there is value in scarcity. With its unique code sequence supported by the distributed blockchain ledger, each NFT is a certified original. Just as with a painting, NFTs can be endlessly reproduced, but the original is the only one of any real value.

“What the blockchain solves for that’s kind of unique here is scarcity,” Collins said. “You can copy and paste NFTs, but there’s only one true owner.”

Some of the early movers in the NFT space are artists, musicians, sports organizations, and sellers of collectibles. Most of the activity is happening on specialized marketplaces like OpenSea, Rarible and Foundation (Collins ranks them in that order).

In March, OpenSea announced a $23 million round of fundraising, led by the blue-chip venture capital firm Andreessen Horowitz. At the time, the company said it had its transaction volume increase by more than one-hundred-fold over the previous six months, while boasting of more than 20 million NFTs available on its marketplace.

NFTs are typically – though not always – bought and sold via cryptocurrency, with Ethereum emerging as the preferred unit. Others include World Asset eXchange (WAX) and Flow. Christie’s accepted Ethereum for the $69.3 million sale of the NFT Everydays: The First 5,000 Days by the artist Mike Winkelmann, who goes by the name Beeple.

The purchaser of that piece, the founder of the NFT fund Metapurse, called it “the most valuable piece of art for this generation,” saying in a statement: “[I]t is worth $1 billion.”

Trading and reselling NFTs are central to their surging valuations. Earlier this year, an art collector based in Florida sold a 10-second video clip by Beeple for $6.6 million, which he had purchased for $67,000 about four months earlier, CNBC and others reported.

“That’s what’s driving a lot of the speculative value,” Collins said of the resell market.

The extent to which NFTs could become a mainstream part of the ecommerce world is an open question. NFTs are available for purchase on Etsy and eBay, but the listing descriptions typically outline a transaction process that routes through a third party to transfer the NFT. Searches on Amazon turned up no listings for NFTs.

“Anything that’s happening in terms of those listings is referring to another source for executing payment and then for transferring custody,” Collins said. “None of that is happening natively on those platforms now.”

A spokeswoman for Etsy declined to comment for this story. Spokespeople for Amazon and eBay did not respond to requests for comment on their NFT policies.

From Collins’ perspective, it’s not farfetched to imagine a site like eBay or Etsy moving into NFTs. For eBay, he looks back to its roots as an auction site, suggesting that the company’s “DNA” might make it a good match for trading and reselling NFTs. And with Etsy, NFTs could be a natural extension for a marketplace where so many of the sellers style their products as artisanal and small-batch or bespoke.

In Collins’ view, it’s far less likely that NFTs will pop up on Amazon any time soon.

“I find it hard to imagine that their first foray into crypto would be NFTs,” Collins said.

But it’s undeniable that cryptocurrencies are gaining traction in the industry. PayPal, for instance, announced in March that it would begin accepting cryptocurrency with the new Checkout with Crypto feature. A day earlier, Visa announced that it would begin accepting a form of digital currency on the Ethereum blockchain in a partnership with Crypto.com.

As with many things in the crypto world, the cost of creating an NFT fluctuates. The price to mint the NFT varies based on the level of congestion on the blockchain, with heavy traffic periods driving up “gas fees,” at times reaching more than $200, according to Collins. Then there is the price to transfer the digital good to the buyer, which also moves up and down, though in aggregate, both types of fees are becoming cheaper, Collins said.

The upside of NFTs for online sellers will vary based on the type of product they offer. Aside from digital art, many sellers are having success with collectibles (listings for Garbage Pail Kids NFTs abound) and game tokens.

Sports organizations are also getting into the act. NBA Top Shot offers fans the ability to purchase “moments” from their favorite teams or players – a Zion Williamson dunk; a James Harden three-pointer, etc. – as a limited-edition NFT. The tracking site Cryptoslam reported that NBA Top Shot had the highest daily sales of any NFT collectibles with more than $1.5 million from April 6-7, more than twice the volume of the next seller.

It’s a little harder to imagine how NFTs would fit into the retail strategy for sellers who trade in more conventional, commodity items.

“I think when it comes to traditional ecommerce and drop-shipped physical goods, those things by their very nature are not intended to be scarce,” Collins said. “If I’m buying a fan, I don’t really care how many other people have the fan, I just want it in my house.”

But in the art scene, a locus of activity in the NFT world, there is hope that verifiable digital works – not to mention buy-in from blue-blood auction houses – will democratize the industry and create new opportunities for outsiders to make money from their work.

“I do think that while this doesn’t 100 percent level the playing field … it does make it more fair. There’s plenty of anonymous or pseudonymous artists out there who are making millions of dollars on NFTs,” he said. “Hopefully it will result in more artists getting their fair shake.”

See today’s Collectors Corner column to read more about the impact of NFTs on collectibles.