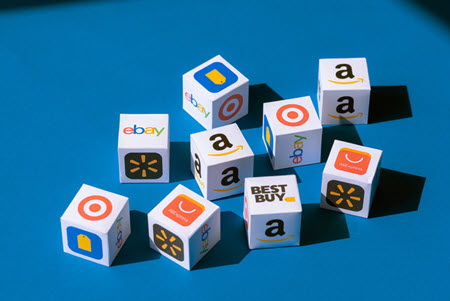 When briefing Wall Street analysts on Thursday about Etsy’s fourth-quarter financials, CEO Josh Silverman took a moment to acknowledge Russia’s invasion of Ukraine that day, which he said weighed heavily on all of them. “I wanted to acknowledge our hearts go out to our buyers and sellers in the community in Ukraine and Eastern Europe as well as our global community that’s impacted.”

People around the world have faced the pandemic, supply-chain issues, and inflation – and now they’re dealing with war in Europe that has far-reaching impact beyond Ukraine.

Comments from users on industry discussion boards have ranged from the political to the practical. “How do I block buyers from the Russian Federation. At the moment nothing is going to get there,” an eBay seller asked on the UK discussion boards on Sunday. Another seller advised them on how to change their settings. Others advised them to add Ukraine and Belarus to the list.

Shipments to and from Ukraine are obviously impacted by the war, but as other countries pressure the aggressor, shipments to Russia are also being impacted.

While shipping is an immediate concern for sellers, some also use developers in countries impacted by the conflict to power their online stores and websites.

BigCommerce, which is headquartered in Texas, has offices in the Ukraine capital of Kyiv, the seventh-most populous city in Europe and under fire by Russia’s army. The ecommerce platform took to social media the day of the invasion of Ukraine, writing on Facebook: “Our hearts are with our employees and their loved ones in Ukraine. We care deeply about them as friends, colleagues and human beings, and our primary concern is ensuring their personal safety. We are in active contact with our colleagues and are supporting their needs as the situation evolves. Please keep Ukraine in your thoughts and prayers.”

Online marketplace Etsy said it cancelled the current balances owed to Etsy by all sellers in Ukraine on February 28, representing approximately $4 million.

Etsy also asked sellers to refrain from making comments hostile to members of its international community and to avoid off-topic conversations or discussing political events.

Amazon announced Tuesday it would support humanitarian efforts in Ukraine (according to Geekwire, Amazon doesn’t have any direct operations in Ukraine.)

And eBay announced on Friday said it was temporarily pausing sales to buyers with shipping addresses in Ukraine and Russia and said it would automatically protect seller performance of impacted businesses.

Signifyd published a blog post today highlighting how Russia’s attack on Ukraine has impacted ecommerce sales, with some interesting stats by region and by type-of-good.

Signifyd said changes in shopping behavior demonstrate support for the people of Ukraine. “The beleaguered country’s supporters have found different ways to express solidarity and sympathy – protests, prayers, donations, social posts and the purchase of Ukrainian-themed items, such as flags, t-shirts, traditional clothing and wooden dolls.”

As usual, scammers take advantage of people’s emotions during crises. BBB was out with a warning and tips via Give.org and said, “We certainly encourage generosity to help the people in Ukraine but caution donors to avoid questionable appeals.”

It’s also important to be wary of misinformation, particularly on social media. There’s an impulse to immediately share news stories, but some people are profiting from fake content on social media, as NBC News reported.

One thought on “War in Ukraine Impacts Online Sellers and Marketplaces”